Before the First World War 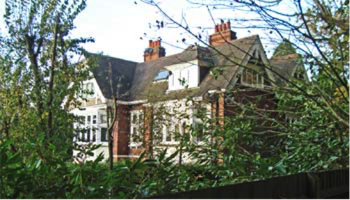 The Gorse (originally called Ee-Yuan) was built in the early 1880s. It is situated in Manor Park, Chislehurst,  at the furthest point from the main road. It abuts an area of the National Trust woodland known as ‘The Gorse’ from which it may have taken its name. In 1900 Arthur Frederick White took ownership of the house.

During the First World War
Early in World War I Mrs Arthur White, of Cookham Dene, Manor Park, offered The Gorse, which had been empty for 6 years, to the War Refugee Sub-Committee and it was used as home for Belgian refugees. 25 persons aged from 12 months to 83 years were housed there In November 1914. Articles in the Chislehurst and Sidcup District Times comment on the comfort of the house and gifts of food, coal, and clothing, and money donations. Some promised monthly subscriptions. Refugees came from Ostend, Malines (between Antwerp and Brussels), and Antwerp. They included a pilot, cigar maker, pensioned police officer, and a factory manager. Classes were held for learning English, and other classes knitted comforts for the soldiers. There were specific visiting times and days listed in the newspaper and further gifts in kind and money was requested. On 6th January 1915 a concert was held at Chislehurst Village Hall for the refugees from The Gorse and patients from Red Cross hospitals in the area.

From Second World War to the present day
During World War II The Gorse was used as a convalescent home and possibly a hostel for Polish refugees. After the war Bromley Council opened it as a home for children in care, whose Mothers were in hospital, and this lasted until the early 1980s. The house was derelict for some years but in 1990 was refurbished and converted into four apartments. Its Coach House is a separate dwelling. It is a locally listed building.

A copy of this article in printable form, with references, is available here… 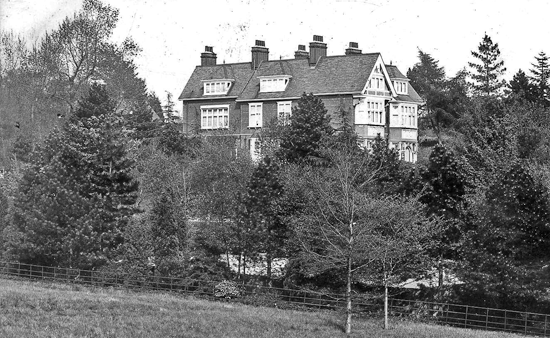 A photograph of The Gorse in the early 20thC